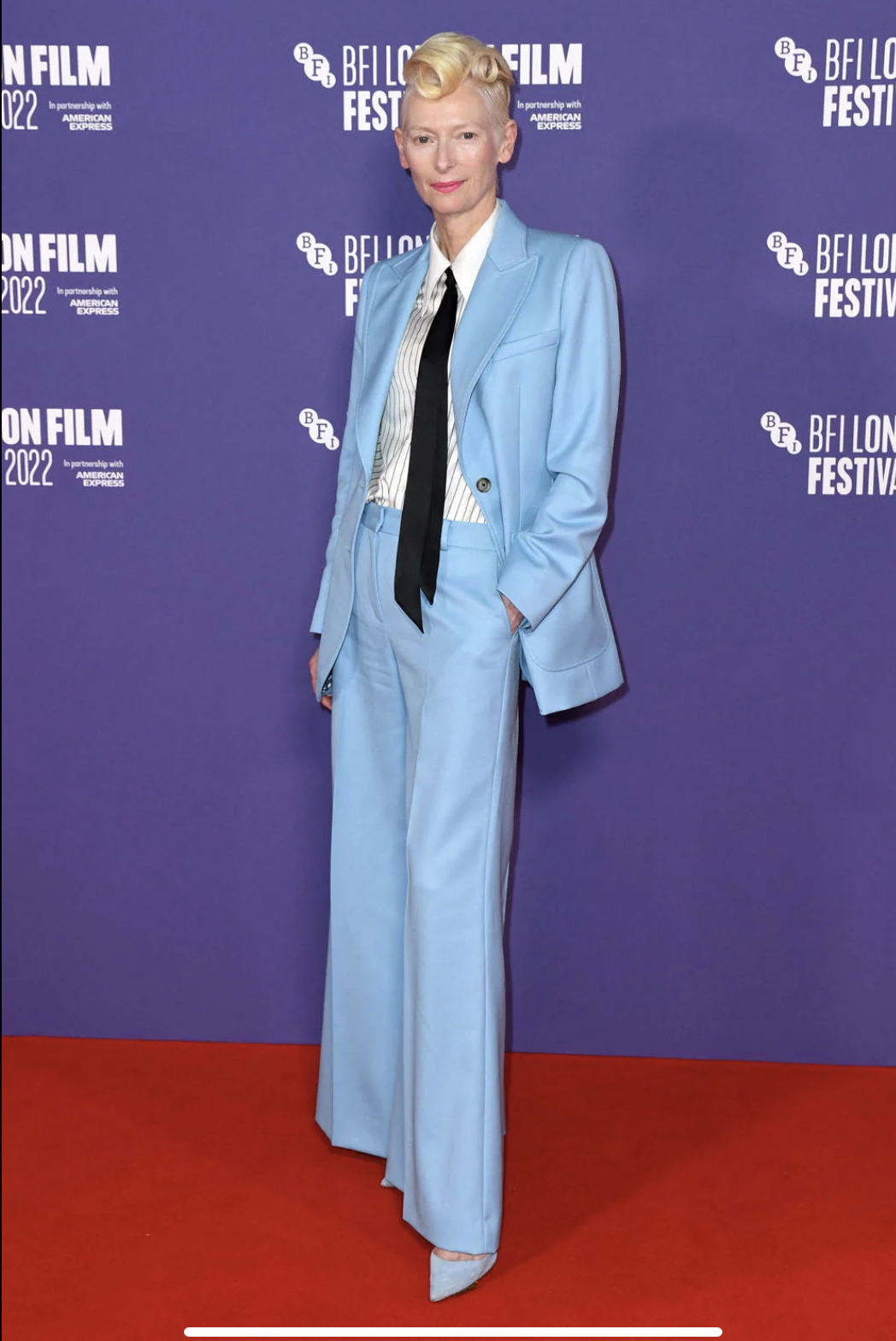 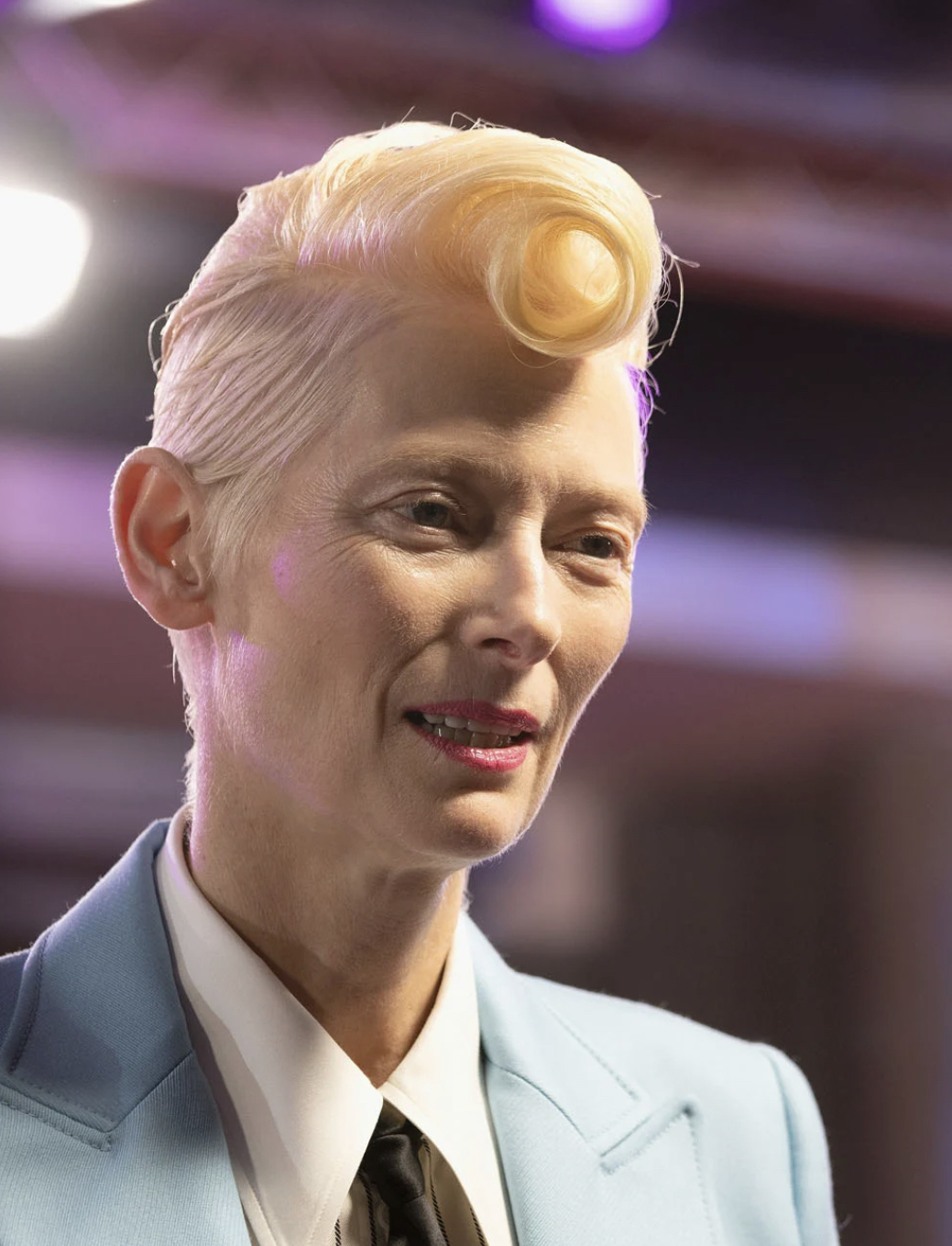 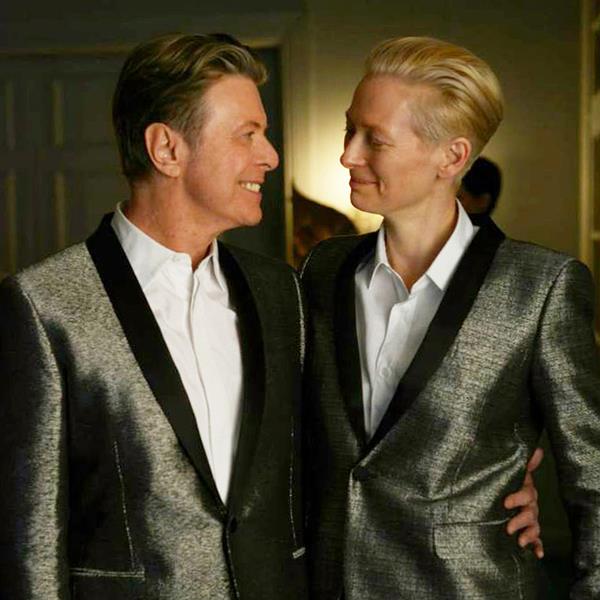 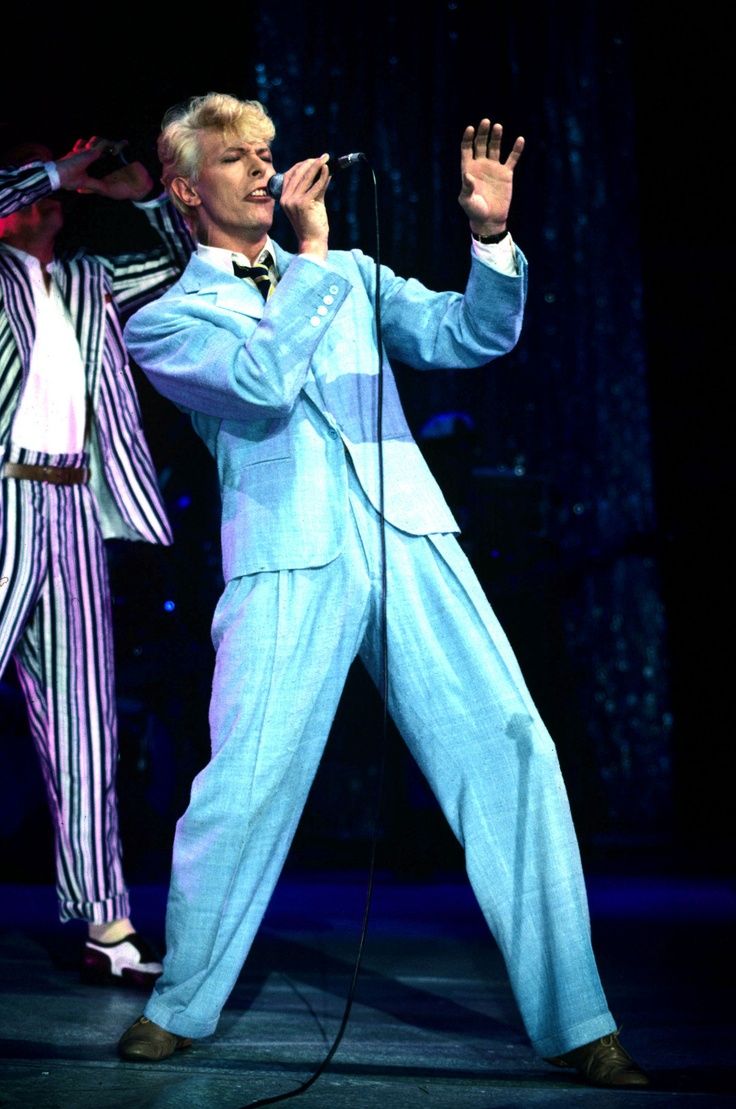 Tilda Swinton appeared on Thursday at the premier of her new movie, “The Eternal Daughter,” dressed as early-80s Bowie. As far as I know, the movie has nothing to do with Bowie, but Swinton not only has appeared as Bowie before, but she did so with Bowie himself in the “Stars Are Out Tonight” video from 2013 (which, for some reason, I can’t get to link to this blog at the moment).