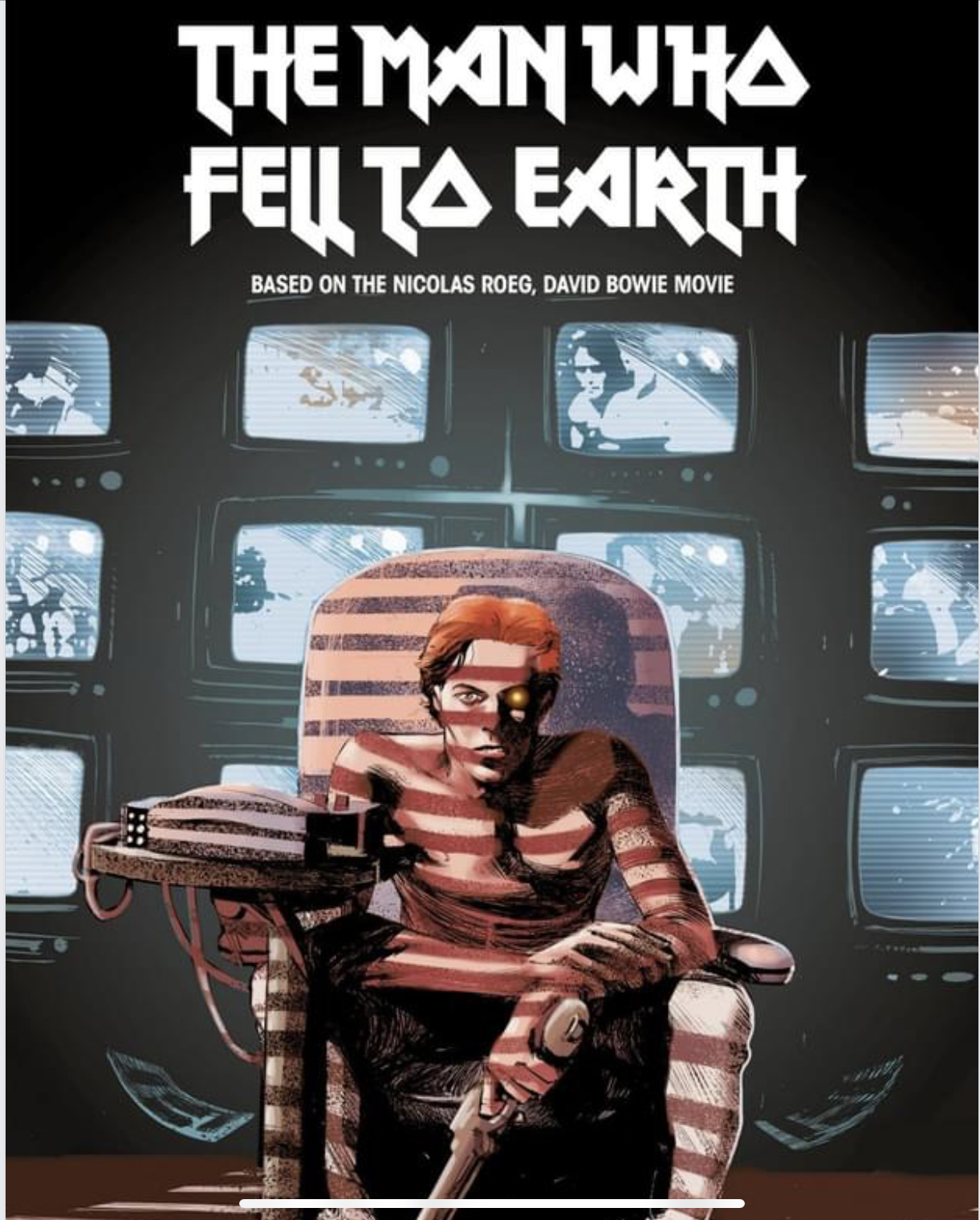 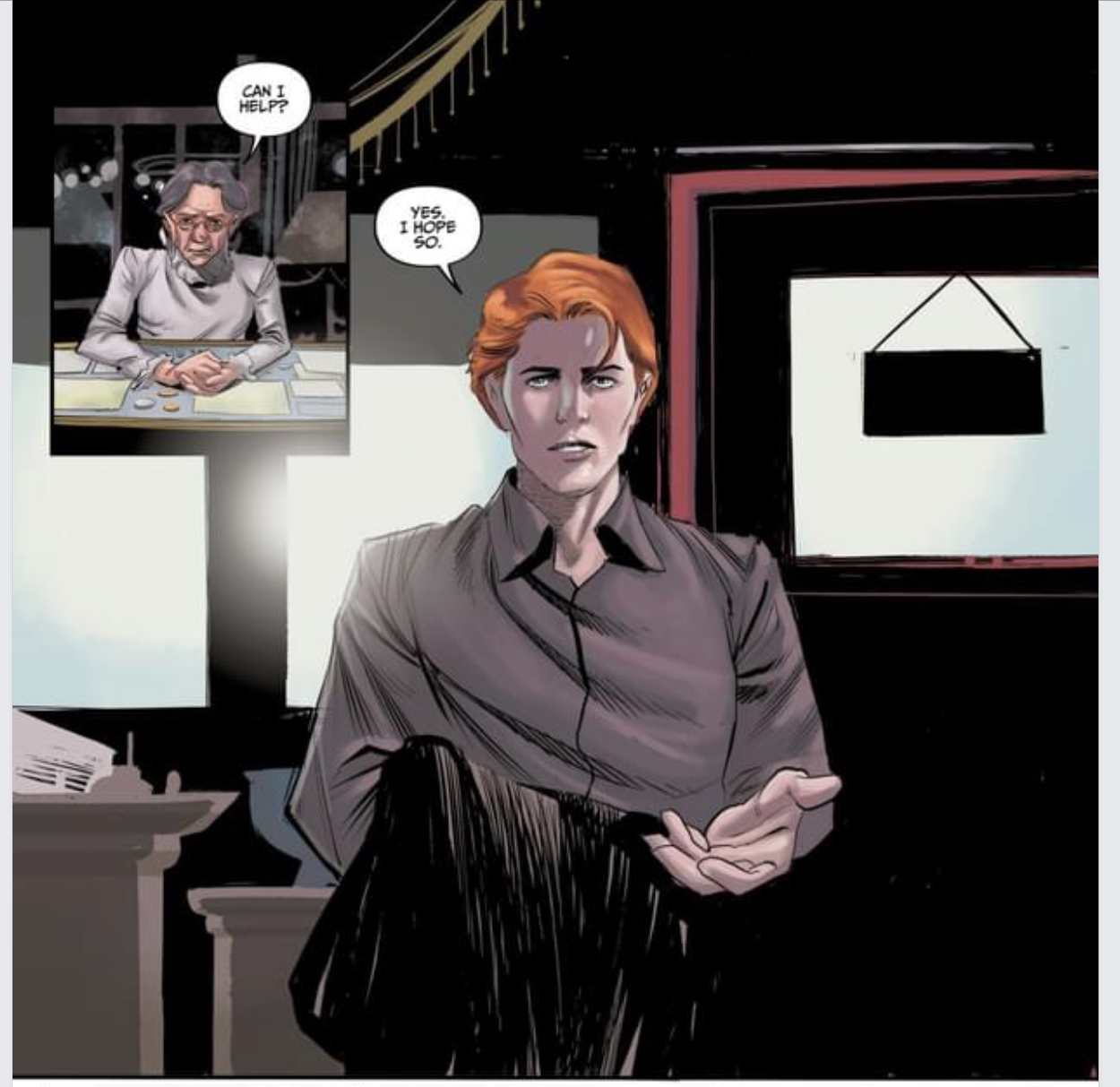 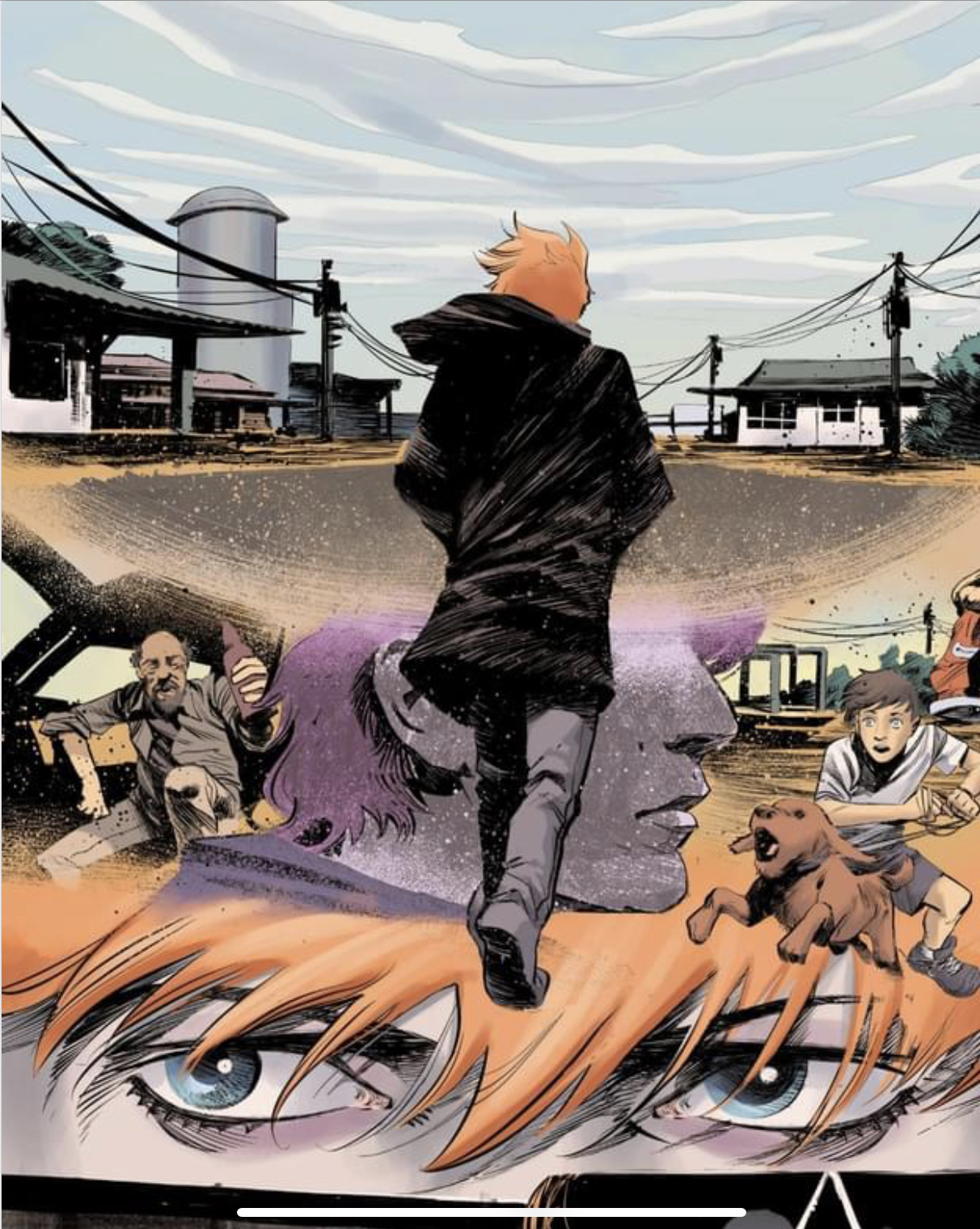 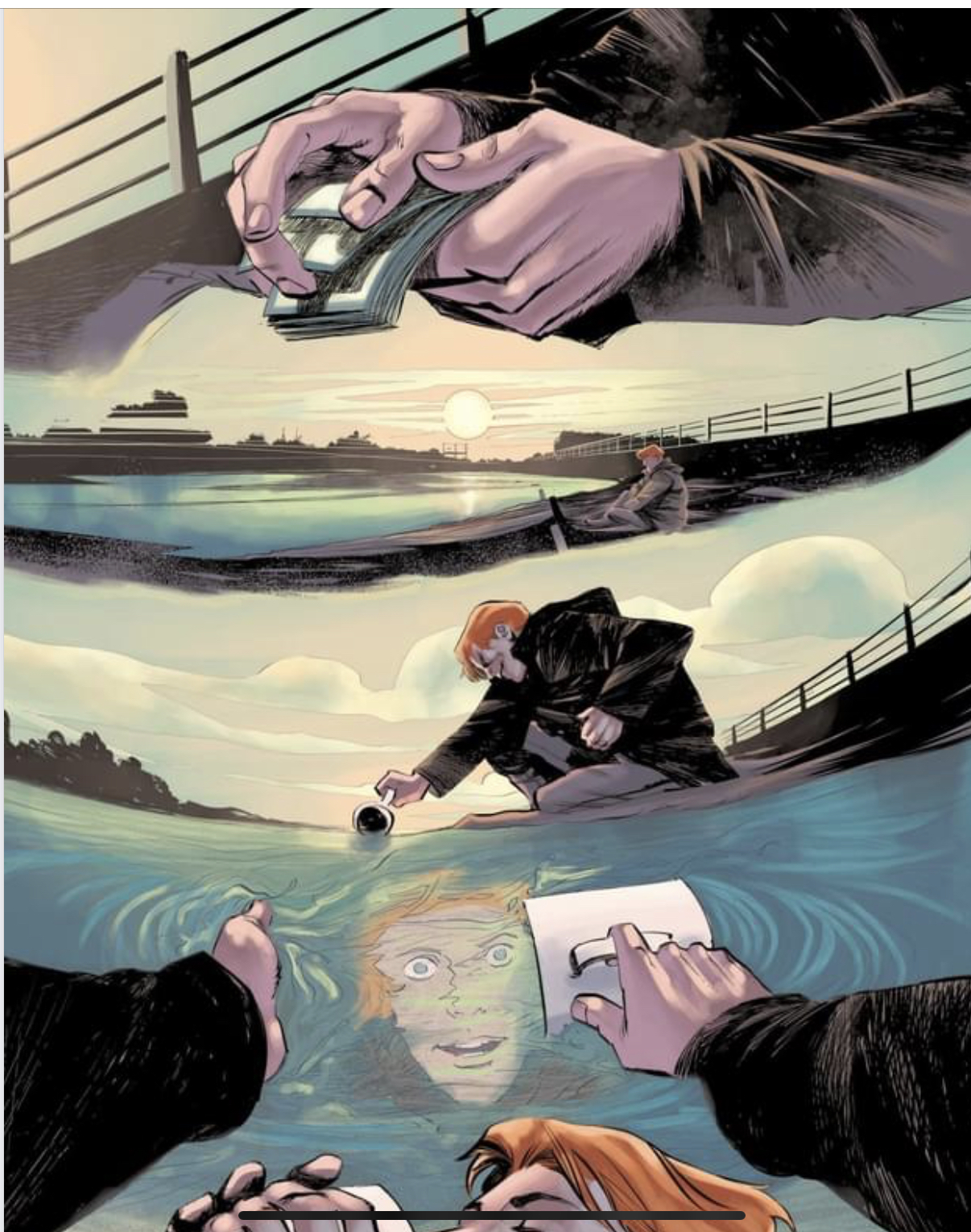 At some point I should do stand-alone commentary on the 1976 movie, The Man Who Fell to Earth, which famously stars Bowie as an alien. Its been many years since I’ve seen the movie, and I’m not in a hurry to see it again any time soon. I recall the movie being slow moving and depressing (at least I think its supposed to be depressing). Bowie, who plays the part as I think it was supposed to be played, is detached and distant. Though he’s interesting to look at, he doesn’t sing in the movie, and that, after all is what makes me a Bowie fan— his singing.

These pictures are from the recent graphic novel adaptation of the movie, which itself was an adaptation from a novel. Yes, the character is drawn to look like Bowie from the movie, but I’m also not in a huge hurry to get the graphic novel. Here, not only will I not be hearing Bowie sing— I wouldn’t event be able to hear him talk. The art looks great, but I’m not sure what makes this story especially ripe for this type of adaptation.

The Man Who Fell to Earth is not entirely unconnected to Bowie’s music. He was supposed to do the soundtrack for the movie, which, for me would have made it far mor compelling. That didn’t happen, but some of what he started turned into material for Low. Also, stills from the set were adapted into the album covers for Station to Station and Low. Finally, Bowie’s stage musical, Lazrus, was conceived of as a direct sequel to The Man Who Fell To Earth and absolutely features Bowie’s music. I have yet to see the play but I very much want to (I do own the cast recording of its soundtrack).

Bowie would go on to make many more movies, however he was the lead actor in only a few of them. Bowie did not consider himself to be primarily an actor. He explained why he turned down the role of Zorin in the James Bond movie, A View to A Kill in part because he saw the role as something that would be fun for an actor. Elsewhere, he explained that he enjoyed making cameos and other short appearances in movies that he didn’t need to invest a too much time into. I think in part because Bowie was a presence in the movies, in part because this was his first, in part because its one of the few he truly starred in, in part because of the spin offs into his other ventures and in part because he played an alien, this is treated as the epitome of Bowie’s acting career. Maybe or maybe not, but other than an artistically rendered likeness, Bowie is (has to be) absent from the graphic novel.