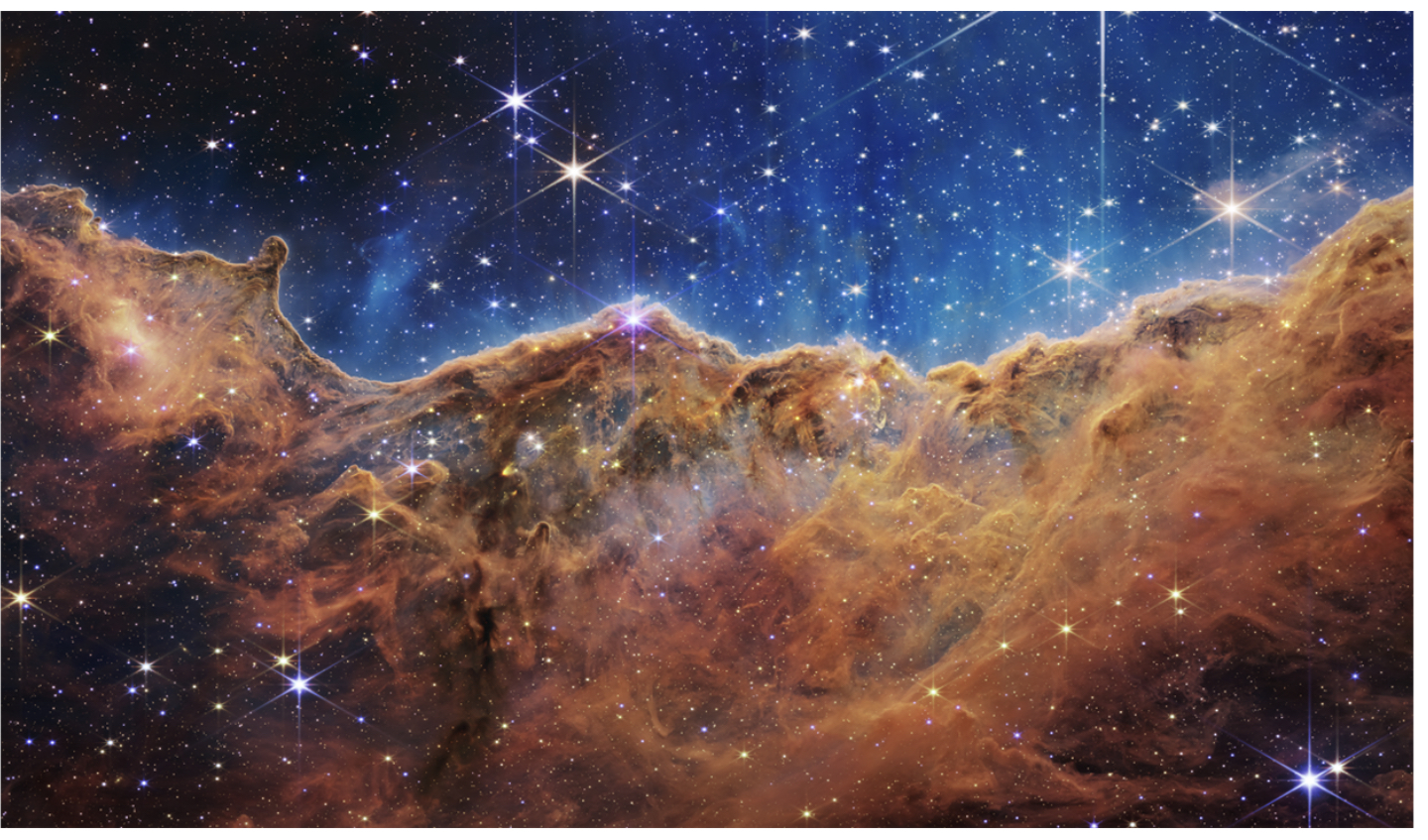 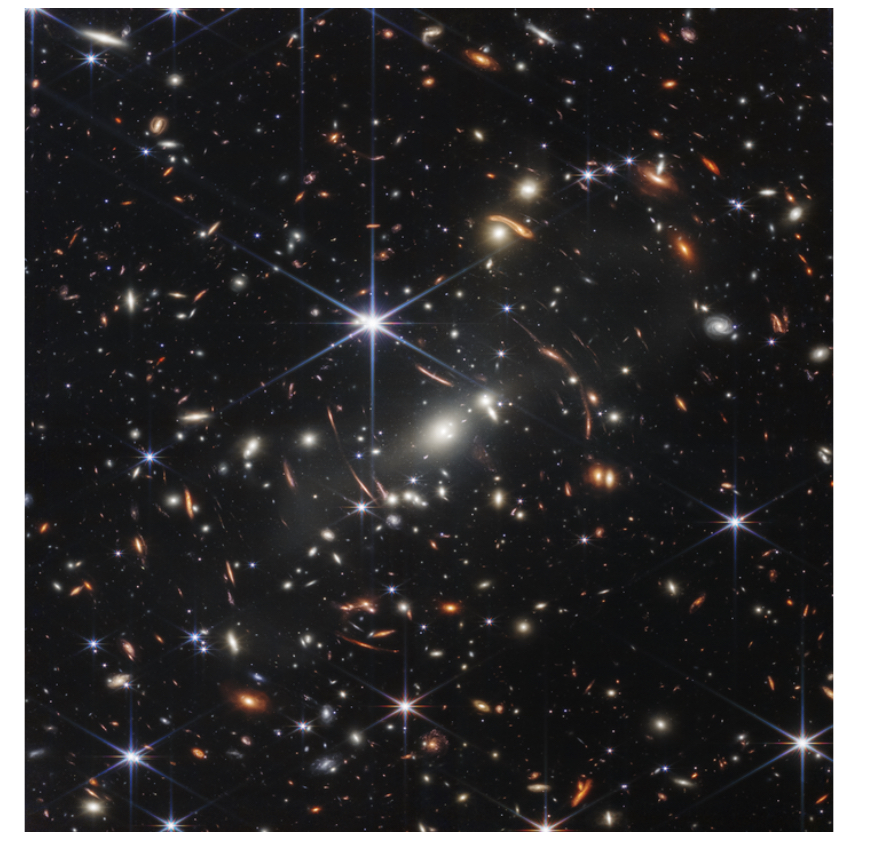 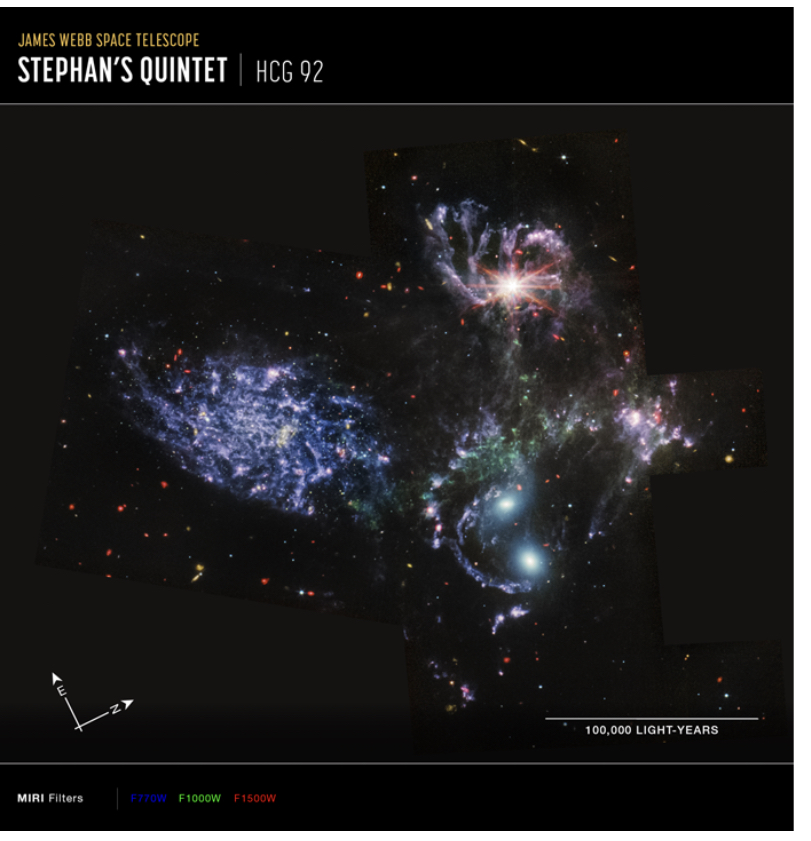 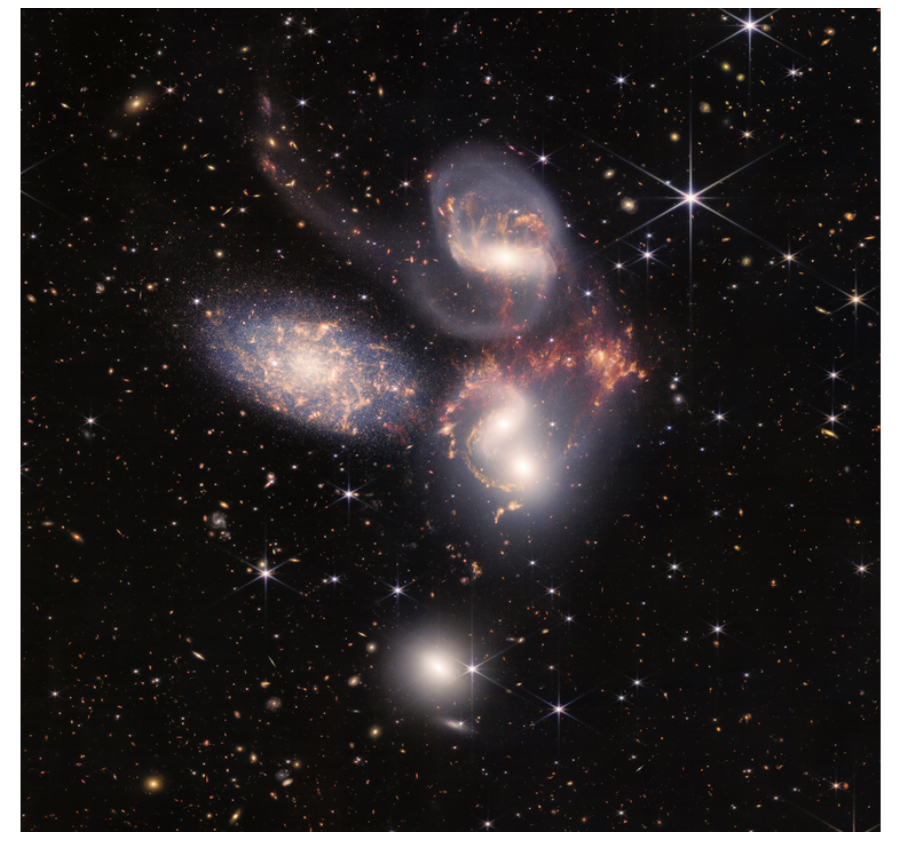 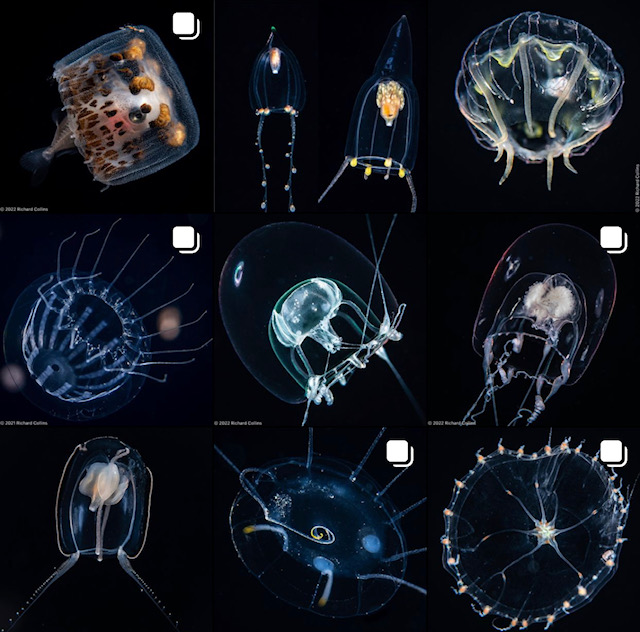 Fooled you! These aren’t galaxies— they are sea creatures. All the more amazing that nature creates similar images on vastly different scales…

“And the stars look very different today…” Of all Bowie’s space-themed songs, none is a better representative of the release of the first set of images taken by the James Webb space telescope than “Space Oddity.” In fact, if 2022 leaves an artifact that people will be looking at for years to come, it will be these images. Also, of the year’s top stories, this is the one that inspires awe, hope and perspective. We are reminded what Bowie might have seen in the potential of space.

The exploration of space seemed like it was a bigger deal when I was a child, and I know it was a bigger deal still in the decade before my birth in 1969, which was the same year “Space Oddity” became Bowie’s first hit. The moon landing (hey, I was alive for that) was probably the culmination of the Moon-age Daydream (see what I did there), but the sense of the impossible being achieved continued at least until the Challenger explosion brought the sense that “anything is possible” crashing back down to earth.

But these images from Webb are stunning and rekindle the wonder. The clarity reveals a beauty that is impossible to fully comprehend. The scale of what we are seeing, the presence of patterns among vast collections of stars, planets and space dust, not to mention the realization that what we are seeing are pictures from the far, far distant past— it all lets us in on a cosmic secret that has remained unseen by anyone for all of time. That is literally true. The potential of what might be happening at our scale among those thousands upon thousands of stars fires the imagination. Though humbling, I find the images to be hopeful, and I’m not even sure I can fully articulate exactly why.

Other than the line about the stars, “Space Oddity” might seem slightly misaligned with what is at its heart a good news story. The song’s protagonist, Major Tom ends up drifting out into space. He reappears more than a decade later as a junkie in “Ashes to Ashes,” and that’s presumably him, as a skeleton wearing an astronaut’s suit in the video for “Blackstar.” But “Ashes to Ashes,” “Blackstar,” and all the others songs by other artists that mention Major Tom all happened later. From a certain point of view, Major Tom himself simply gives in to the awesomeness of the cosmos. In calling the song, “Space Oddity,” Bowie is being pretty overt in making a connection to 2001: A Space Odyssey, and Major Tom is at least in part a stand-in for that story’s main character, David Bowman, an astronaut who also drifts off into space, but in doing so learns the secrets of the universe and becomes the Cosmic Child.

As an aside, I have never read anywhere that David Jones chose the name “David Bowie” to evoke David Bowman, but its an appropriate enough coincidence.

There are many different videos of Bowie performing “Space Oddity” at different points in his career, but I thought for this entry it was better to have a gallery of some of the Webb images. This is one of the better known songs on this list anyway, so you know it. Tomorrow will be another one of Bowie’s signature songs, which I found to be relevant to the next top story of 2022…