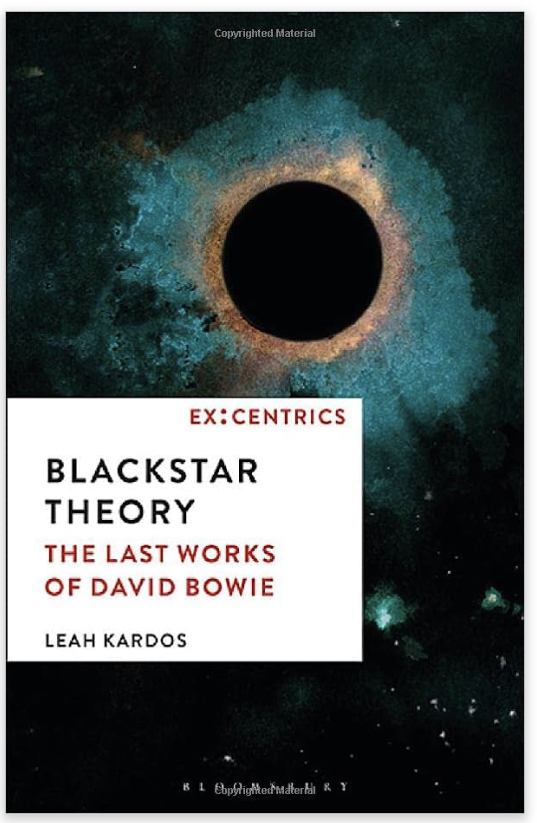 I have been posting Leah Kardos’ commentaries as she posts them on YouTube. Meanwhile, I have been reading the book from which she bases her commentaries— “Blackstar Theory.” It is the most deeply-thought out analysis of Bowie’s work that I have ever encountered. I have many thoughts, but at the moment I’m going to touch on one:

Kardos assigns an intentionality to everything Bowie does, from musical techniques to lyrics to symbols in the play, “Lazarus.” No doubt, Bowie knew what he was doing, but I’m wondering exactly how much was intentional and how much was instinctive. What brought on this thought was a particular passage in which Kardos discusses the song, “Lazarus,” and unpacks the song’s reference to a bluebird. She proceeds to outline every possible association with bluebirds, the word “bluebird,” and even the color blue, ranging from the bird’s association with good luck for sailors to Bowie’s favorite type of microphone, which was called a “Bluebird.” I’m going to go out on a limb and say that Bowie was not referencing his microphone.

But I admire what Kardos is doing (and she does this type of thing throughout her book). She discusses how Bowie was a Jungian, and taking that cue, she kind of free associates what meaning might exist under the surface. Bowie might or might not have been consciously aware of why he chose “bluebird” in this case, or just about anything else. He was so well read that a widener range of concepts must have lurked in the back of his mind than most. Beyond that, Bowie wanted to listener to assign meaning to his music, but he was certainly deliberate in giving the listener material to interpret.

No larger point here. I just find this fascinating. One of the reasons I like Bowie.